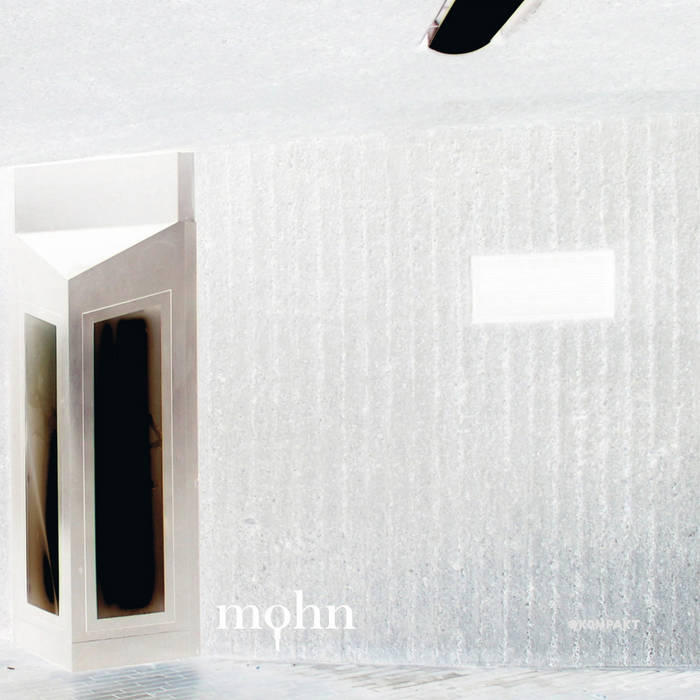 It's no secret that Kompakt pioneers Wolfgang Voigt and Jörg Burger have maintained a long and steady friendship outside the studio. It's even detectable if you give a critical listen to their collaborative sound, where almost like magic, the distinct musical swagger of each artist synchronises completely with the other. There's Wolfgang Voigt, a confirmed radical, a stalwart, analytical, mindbombing sensualist who famously transformed Techno into a state of matter and lifted the Art Brut club canvas. His material spans from Mike Ink and Gas to Protest or Kafkatrax, and within this contrast-rich portfolio, each new oeuvre transports the serial anarchy which is the artist's trademark. And then there's Jörg Burger, aka The Modernist, a highly focussed musicsmith, galvanizing each bassline to a regal shine and buttoning-up dancefloors with his maximally minimalistic precision funk. "Mohn" is a new trip through the Burger/Voigt multiverse: pendulating between analog mysticism and digital hieroglyphics, Mohn makes a compostition of the continental drift, creating an electrically charged atmosphere of tension and posthuman textures staged as roadkill on the information highway, never forgetting the need for harmony in the chaos of the unheard. Call it wallpaper music for Petri dishes or call it Goth Ambient, but the most prominent feature of the music of Mohn is also the most obvious: the close integration of mutually exclusive elements. The opposition of hot and cold, of soft and hard, of abstract and concrete, all dissolve in favor of an acoustic funhouse mirror in which one's stylistic past is never directly quoted, but always present: the sounds never just disappear, they back out of the forest, retracing every single one of their steps. Just as with Wolfgang Voigt's series of paintings, Mohn's music displays a rugged tenderness when handling its resources, a kind of love-hate relationship when it comes to details, a friendly poetry of the hostile takeover, where a simple gesture turns out to be a champion of diplomacy. Mohn infiltrates foreign sound spaces, flatters motifs into pieces, and leaves broad strokes in a barren landscape recoded into monolithic anagrams, a frozen idol of procedural thinking. Mohn is likely producing the best music that Vangelis never wrote, the lost soundtrack to a Kölsch version of Blade Runner, a space opera in slow motion conducted by a hypnotized Caspar David Friedrich in orbital transit. As music it gets extremely close, obscuring the sun, whispering loudly, slowly, and furiously, both a fascinating trip into the interior of an inverted electron- scanning microscope and the meticulous recreation of a Mandelbrot fractal, all in album format. Whether synthesizers dream of electric sheep, Wolfgang Voigt and Jörg Burger may not be able to say for certain, but as Mohn, they seem to have a fairly accurate idea how it might sound.