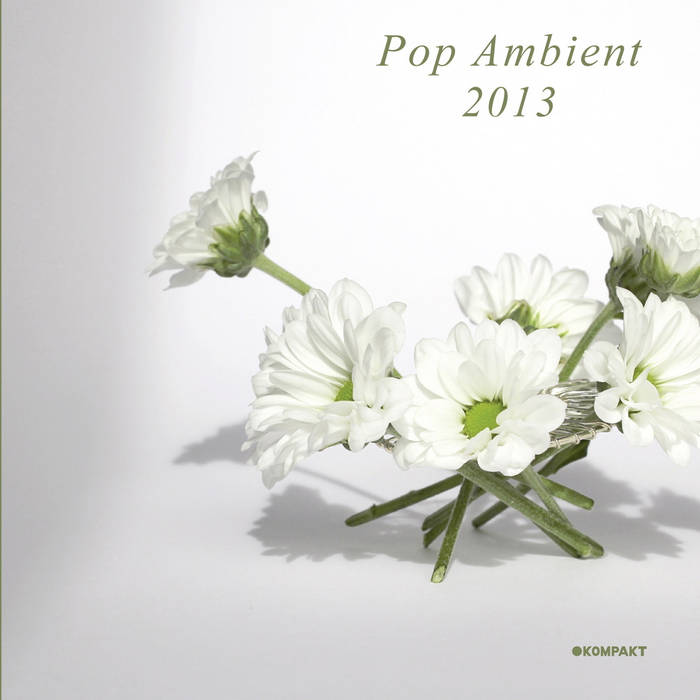 Since its inception in 2001, each entry in the POP AMBIENT series has included its year of conception in its title, an irony in the fact that many consider the music being timeless in more than one way: a feel-good classic to some, a rigorous experiment to others, POP AMBIENT always has located itself between the poles of habitual listening and sonic curiosity, with the space in-between beats being a way more interesting material than the beat itself. As in the years before, POP AMBIENT 2013 collects an illustrious cast of producers uniting genre pioneers alongside old friends and some surprising new arrivals.

LEANDRO FRESCO certainly is a long-standing contributor to the series, which is why he gets to kick off Pop Ambient 2013 in wonderfully lyrical fashion with the “tears of the morning sun” in CUANDO EL SOL GRITA LA MANANA, an awakening track that tries to rub the sleep out of its eyes while it blinks at outer space. A rather unusual suspect is introduced with MICHAEL MAYER, who – just like Superpitcher in 2012 – delivers his Pop Ambient debut: originally, SULLY was the congenial opening track for the highly praised “Mantasy” full-length, but evolves in the remix of Pop Ambient curator WOLFGANG VOIGT who nevertheless manages to keep the distinctive texture intact and brings a GAS-eous vibe into the original.

Already a Pop Ambient staple under his Popnoname monicker, JENS-UWE BEYER contributes a concrete hymn with DEUTZ AIR 2, while Jörg Burger aka TRIOLA pays tribute to French director and co-founder of Poetic Realism JEAN VIGO, exploring the limits between synthetic and “natural” sounds. MARSEN JULES returns with POINT OF NO RETURN, an impressive track seemingly illustrating glaciers trembling under the weight of a giant’s foot, whereas MIKKEL METAL puts the music under a burning glass in his intensely focused RECOMBINATION, not without spotting a hint of a beat in its steady pulse. ANTON KUBIKOV, also known as SCSI-9, follows up with AMBIANOPOLIS, where he has a wailing piano telling the story of legendary cities engulfed by the sea.

WOLFGANG VOIGT’s iterative project RÜCKVERZAUBERUNG sees its seventh embodiment on Pop Ambient 2013: still swimming upstream, these sounds reveal not so much a painting musician or vice versa, but a hidden sculptor carving the arrangement out of his samples. The result is massively sensual abstraction between harmony and dissonance. A penultimate offering comes with LEANDRO FRESCO’s second contribution to Pop Ambient 2013, the masterful EL CRUCE IMPOSIBLE, where a haunting drone resolves in painfully beautiful chords, followed by the new project by Jörg Burger and Matias Aguayo TERRAPIN, whose Pink Floyd cover CIRRUS MINOR (from the 1969 movie “More”) is only the second vocal track ever to be included in the series and offers perfect closure on a fascinating trip.