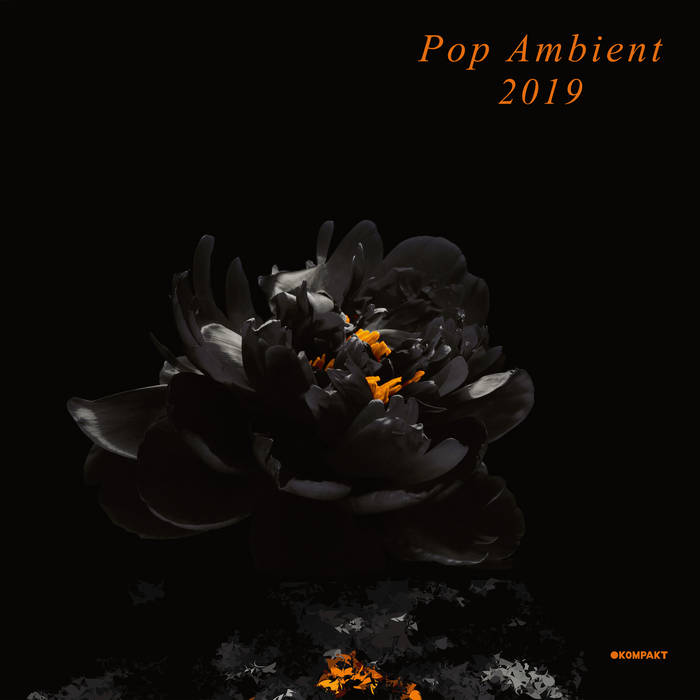 Impolight Pop Ambient 2019 is a marvel unto itself: While it is evident that the evolution of quality electronic music is a multipronged and many splendored thing, a good deal of the excitement is detecting the influence that some of the progenitors of the craft have had on these upcoming artists. Favorite track: Bluebird.

Quinn the Eskimo I love ambient, 'soundtrack-ish' music. Especially soundtrack music waiting for a film. Most especially semi-creepy soundtrack music waiting for a film made by the ghosts of Wim Wenders and Dario Argento, starring Jessica Harper and Anthony Perkins on acid. What's not to love? Get the vinyl, it's just cooler and EXTREMELY high quality. Very impressed. Favorite track: Rot 2.

D. Humo No much words... this is music one level above. Favorite track: Araña De Vidrio.

Andrew Neilson Another lovely mix of tracks, even more ambient than before (if that's possible). Favorite track: Adren.

Boum Boum Boum! 25 years of KOMPAKT. When a record label still thrives after a quarter of a century thanks to a focus of what was expected to be a short lived music phenomenon called TECHNO, then it stands to prove two things; that it techno has taken its place amongst serious, multilayered musical genres like rock’n’roll, pop and folk music. And that KOMPAKT has never been only for techno, but KOMPAKT stands as a broad-minded, genre-defying entity that has set out to cross-pollinate all kinds of musical inventions within the realm of electronic music. Through its course, KOMPAKT has sent “Around The World”, all kinds of sub-genres, concept series and crossover adventures based on the non- negotiable 4/4 beat. And back again.

Without a doubt, the 100% kickdrum-free POP AMBIENT series is the most endearing and enduring concept that I have had the pleasure to curate. From the start, I felt there was a strong need to add a certain pop- elegance - ensouled by discourse as much as hedonism - to a sound that was recognized as “Chill Out” music that could be heard in seedy techno club back rooms and forgotten festival areas. Over the years, I like to imagine that POP AMBIENT has crystallized into a highly recognizable trademark sound and a multi-facetted musical universe of its own.

So once again, I had the pleasure to put together this year’s edition by plowing through an ocean of sonic jewelry that had been submitted from all over the world by new and old friends. The task was clear: for this special edition, I must create a homogenous listening experience that would both appeal to our trusting followers, to continue our tradition while integrating new micro facets , variations and influences from neighboring musical universes as possible. Obligatory while being innovative. Conspirative while being cosmopolitan. Albeit the headline “Ambient” might sound a little too humble for a compilation that encompasses aspects of neo classic, atonal music and the most beautiful aural kitsch imaginable, it still helps as a necessary means of orientation in the best possible sense. Same goes for another dear tradition: Veronika Unland’s abstract-floral cover design that keeps on pleasing our sore eyes year after year.

Although each and every POP AMBIENT edition doesn’t shy away from diving into the relevant question of “What is contemporary discourse music” – in the end it all boils down to that elevated moment where all theory dissolves into ambient air, into a higher state of cosmic bliss.