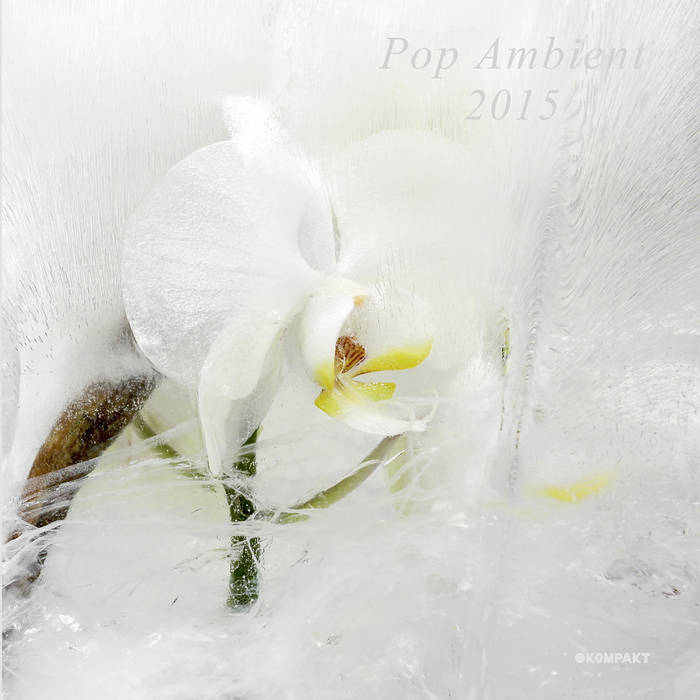 Since its inception in 2001, the POP AMBIENT compilation series has played host to an incessantly growing pool of highly distinctive artists, yet somehow managed to stay focussed on its overarching aesthetic ideas. Due in no small part to the series' curator Wolfgang Voigt, each installment was able to create a conclusive narrative, succesfully deploying new talent alongside household names. POP AMBIENT 2015 is no different, introducing debutant soundsmiths THORE PFEIFFER and MAX WUERDEN while welcoming returning Pop Ambient staples such as LEANDRO FRESCO, ULF LOHMANN or JENS-UWE BEYER.
Starting off the selection with dreamy, jingling synth pads, THORE PFEIFFER's WIE ES EUCH GEFÄLLT turns out to be an instant Pop Ambient classic, followed by Thore's second contribution, a guitar-infused zone-out called NERO - together, these immensely atmospheric cuts not only set the perfect stage for POP AMBIENT 2015, but also speak volumes for this young producer's staggering talent to simply not sound like a newcomer at all. A former ally of iconic project Closer Musik, DIRK LEYERS has since forged his own path, displaying a special fondness for blissful melodies and stylistic versatility - he puts this to good use in the aptly titled DAYDREAMER, an irresistibly nostalgic synth epic sitting comfortably between neon lights and campfires. Meanwhile, multi-instrumentalist and composer GREGOR SCHWELLENBACH marries his avant-garde and folkloric leanings with the slow-moving, nonchalantly monumental ASSPERG - a near-impossible track that feels as massive as it sounds fragile.

Returning to POP AMBIENT after his much-acclaimed appearance on last year's installment, LEANDRO FRESCO presents the entrancing NADA ES PARA SIEMPRE, followed by MAX WUERDEN, the second newcomer on this compilation. A trained drummer and game sound designer by day, he signs responsible for the enigmatic CONTAINER LOVE, a masterfully composed cut that contrasts its sparse melodies with all sorts of rusty, dystopian sonics - an inspired choice before ULF LOHMANN fills the air with cinematic washes of reversed sound on the cosy (but ultimately very alien) REFRESH. With BVDUB, JENS-UWE BEYER and GUSTAVO LAMAS, a trio of POP AMBIENT regulars wrap up the class of 2015, and they do so in style: from IN WHITE PAGODAS I'LL WAIT FOR YOU and MOEWEN to JOVENES AMBIENT (REMAKE), all three producers opt for broad soundscapes and floating arrangements, resulting in a highly immersive set of panoramic electronic music and a well-suited closing chapter for POP AMBIENT 2015.